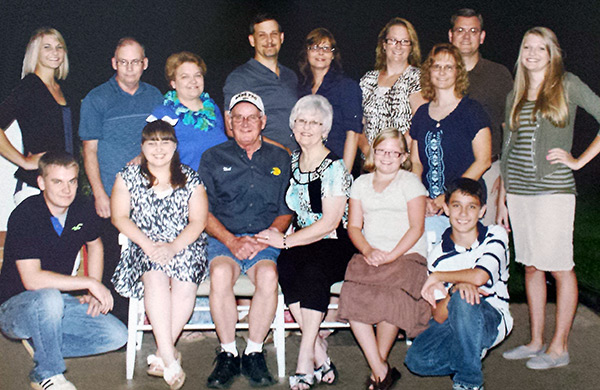 Betty's Country Grocery of Walnut Cove, NC (North Carolina) is owned and operated by Neil and Betty Moore, who purchased the store in 1985.  The store was owned from 1956 until the 70's by Betty's mother "Grandma Margie", who sold the store after her husband's death. Neil and Betty decided to put the store back in the family in '85 and business has been booming ever since.

When they bought the store in the spring, the store was primarily a convenience store and the tackle department consisted of a few packs of hooks, some sinkers and a minnow tank.  With the fishing season soon coming they decided to expand the fishing selection and have been expanding every year since.

They soon expanded into the hunting business and now stock blackpowder and archery equipment as well as camping supplies.  The business has continually grown and is now the largest hunting and fishing retailer in Stokes County, NC (North Carolina).

Kevin Moore,  their son, is the head of the hunting and tackle department and has many years of experience with all aspects of the business.   If you've got a hunting or fishing related question, Kevin's got an answer. Kevin and wife Debbie are full time employees of Betty's Country Grocery.  Kevin and Debbie have two daughters, Kayla and Katie.

Their oldest daughter, Angie Abbott and husband Richard have one son, Chris.  Both Angie and Chris work at Betty's with Chris being the head of the Abbott Arms gunsmithing department and Richard works for the Stokes County Sheriff's Department.

Randall Moore, their son, is owner of Stokes Web Development, the designer of the Betty's Country Grocery Website. His wife, Keita, is a Diabetic Educator at Forsyth Memorial Hospital. Randall and Keita have two daughters, Hayley and Bethany.